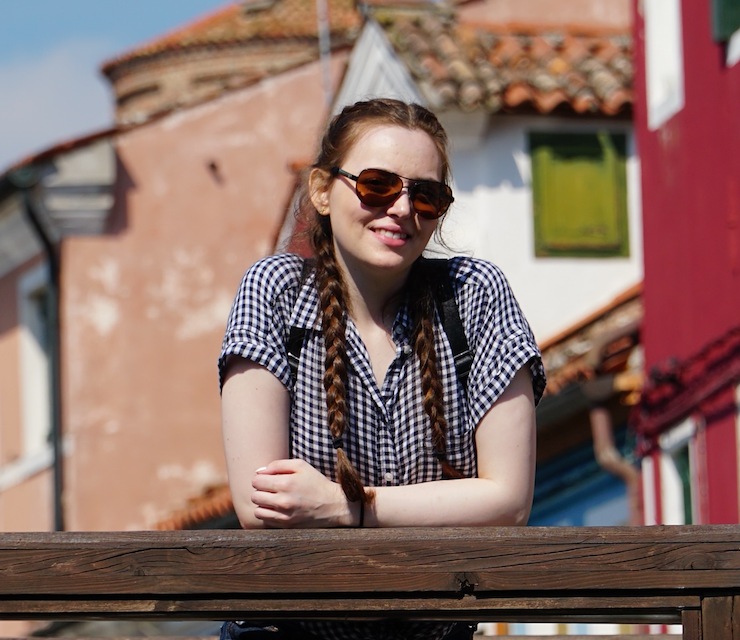 My name is Olivia Oliverio and I am a 24-year-old from Calgary, Alberta.

I graduated in 2018 from the Southern Alberta Institute of Technology (SAIT) with a Bachelor’s in Business Administration, majoring in accounting. Although my love for numbers has led me to my current occupation as an accountant at an accounting firm in Calgary, my true passion in life has always been dance. I have been dancing since I was 3 years old and I cannot seem to stop – despite the fact that I’ve been living with life-threatening rare diseases for nearly a decade.

My medical journey started in 2011 when I was diagnosed with Aplastic Anemia, a fancy way of saying that my bone marrow was not doing what it is supposed to. My diagnosis came just a few weeks before starting high school. Adjusting to high school, making new friends, keeping up grades and participating in after-school activities is hard enough for a normal teenager, let alone one with a life-threatening illness to deal with. The extreme fatigue I experienced as a symptom of my illness made it difficult to complete the most basic daily activities. My biggest enemy was a flight of stairs – something that healthy people do not think twice about – was a great feat to me. As I reflect on this time of my life it is difficult to re-live those moments where I struggled to adjust both physically and mentally.

Although the situation was not ideal, I made it through high school and two rounds of treatment for my Aplastic Anemia, as I had relapsed in 2014. After my second treatment, I led a relatively normal life until I was faced with another medical issue. In 2017, I was diagnosed with a very rare and debilitating disease of the bone marrow that affects the blood and major organs known as Paroxysmal nocturnal hemoglobinuria, or PNH.  I had to adjust my lifestyle to deal with the new adversities I was forced to face by my illness. I learned the hard way that the only approved treatment for PNH in Canada at the time Soliris (eculizumab) –  had stopped being effective for me, when I was participating in a dance competition in Edmonton and my hemoglobin dropped significantly. To this day, I still don’t know how I competed on stage with a hemoglobin of 50 (as most people don’t usually get to experience a hemoglobin of 50, it feels like the life has been sucked out of you and you are left with a throbbing head and a heart beating so fast it’s like you just ran a marathon). I felt so alone. I had an extremely rare disease and now the only treatment for it was no longer working. This was something even my doctor had never had one of his patients experience before.

After about a year and a half of living from blood transfusion to blood transfusion, a new clinical trial came to Canada that was made for people exactly like me. I was quickly registered for the trial and started receiving the medication that turned my life around. The medication was so effective that I now lead a relatively normal life.

The proposed changes to the Regulations governing the Patented Medicine Prices Review Board (PMPRB) and the regulation of drug prices in Canada would inhibit my access to the only medication that allows me to continue living. In addition, this prevents new clinical trial sites from opening in Canada which could help others like me. If I am unable to receive my medication, the ramifications are detrimental and even deadly. Without access to my current treatment, I would need constant blood transfusions to keep me at a “livable” level.  My productivity in all aspects in my life would decline as I would be so fatigued that the simplest of tasks would seem impossible. I would not be able to think clearly and focus which would have a negative impact on my job. My want and ability to go out and be social would decrease significantly, impacting my relationships and my mental well-being. I would not be able to do one of the most important things in my life, dance. Without access to my medication, I would not have the energy to dance.

I have lived the life without proper treatment, and I do not want to regress. I would have to face unnecessary barriers that I know I do not have to face because there is a treatment out there that works for me.  After living with life-threatening rare diseases for nearly a decade, I have received countless medications through public funding that if I were not able to receive, I would not be here today. In short, access to my current medication is vital to my life.